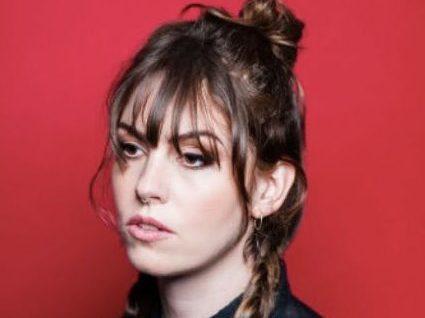 It isn’t unusual for artists to glean inspiration from emotional upheaval, transcending pain through a kind of mental osmosis, so that the turmoil in their lives provides the fuel for their artistic fire. Only some, however, lay bare the open nerves of their suffering, inviting the listener to experience raw emotion with them, in real time. By exposing vulnerabilities within themselves so fragile that their music itself somehow embodies their own personal discomfort, they create an auditory experience verging on total catharsis, for artist and audience alike. Emma Ruth Rundle is just such a musician. Her second solo album, Marked for Death, mines feelings of loss, defeat, heartache and self-destructiveness to emerge with the most honest and compelling accomplishment of an already prolific career.A more adventurous production than 2014’s solo debut Some Heavy Ocean, the eight compositions on Marked for Death, helmed by engineer/co-producer Sonny DiPerri, emphasize dynamics and vocal melodies, variable tuning, and a dense layering and texturing of guitars. Nevertheless, fear and self-doubt linger in the shadows of Rundle’s mind, providing an incessant counterpoint to her ambitious talent and sultry, albeit de-emphasized, allure. As she explains, “There is intentionally nothing to hide behind here, but at the same time I’m terrified of revealing myself.”