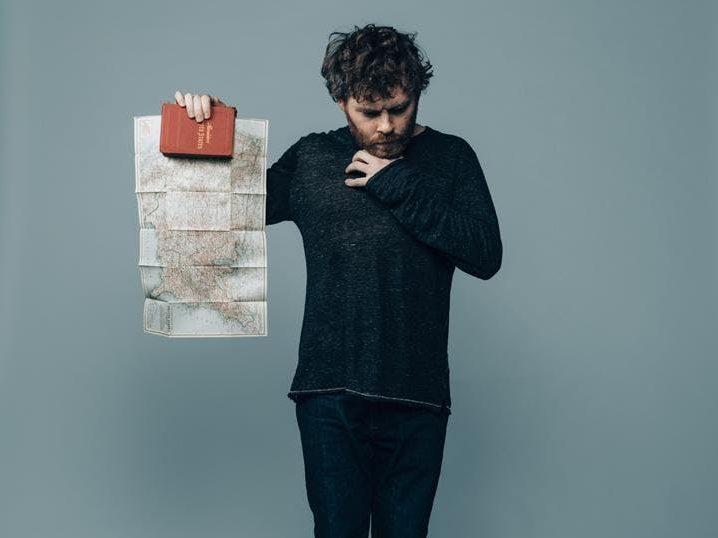 Join us in the Gallery at 3S Artspace for a one-of-a-kind performance and immersive evening co-presented by The Press Room and 3S Artspace.

About Gabriel Kahane:
The day after the 2016 presidential election, singer-songwriter Gabriel Kahane boarded a train at Penn Station and traveled 8,980 miles around the continental U.S. with no phone or internet access, talking to dozens of strangers in an attempt to better understand his country and fellow citizens. The resulting album, Book of Travelers, marks Gabriel’s debut for Nonesuch Records. By turns sprawling and intimate, this collection of songs is at once a prayer for empathy and reconciliation, as well as an unflinching examination of the complex and often troubled history of the United States.

Over the last decade, Kahane has quietly established himself as a songwriter all his own, grafting a deep interest in storytelling to a keen sense of harmony and rhythm. His major label debut, The Ambassador, a study of Los Angeles seen through the lens of ten street addresses, was hailed by Rolling Stone as “one of the year’s very best albums”.

Gabriel has collaborated with a diverse array of artists, including Paul Simon, Sufjan Stevens, Andrew Bird, Blake Mills, and Chris Thile, the front man of Punch Brothers, for whom Kahane opened forty concerts in the US in 2015 and 2016. As a composer, he has been commissioned by the American Composers Orchestra, the Brooklyn Academy of Music, Carnegie Hall, A Far Cry, the Los Angeles Philharmonic, the Oregon Symphony, and Orpheus Chamber Orchestra, with whom he toured in the spring of 2013, performing Gabriel’s Guide to the 48 States, an hour-long cycle on texts from the WPA American Guide Series. Other orchestral highlights have included solo appearances with the Los Angeles Chamber Orchestra, Colorado Symphony, St. Paul Chamber Orchestra, and The Knights, with whom Gabriel recorded his orchestral song cycle Crane Palimpsest, following a performance at Tanglewood’s Ozawa Hall.

An avid theater Artist, Kahane has appeared twice at the BAM Next Wave Festival, in 2014 with the critically-lauded staged version of The Ambassador, directed by Tony-winner John Tiffany; and returning in 2017 with 8980: Book of Travelers, directed by Daniel Fish. He is also the composer-lyricist of the musical February House, which premiered in 2012 at the Public Theater.