Kong Moon is a modern day garage rock band with a nostalgic attitude and delivery. Formed close to two years ago on the Seacoast of NH in the warehouse of Stoneface Brewing Company, Kong Moon is comprised of four friends who are fueled by low fill beer and loud guitars.

Since their foundation, they have shared their unique brand of indie garage folk rock throughout the Seacoast. Released in 2018, their debut EP entitled DangerBeach (available on bandcamp, Spotify, and Apple music) has been described as, “A collection of tunes that permeate the best of ’90s alt/indie rock without ever existing in the ’90s.”~ Chris Hislop EDGE Magazine. 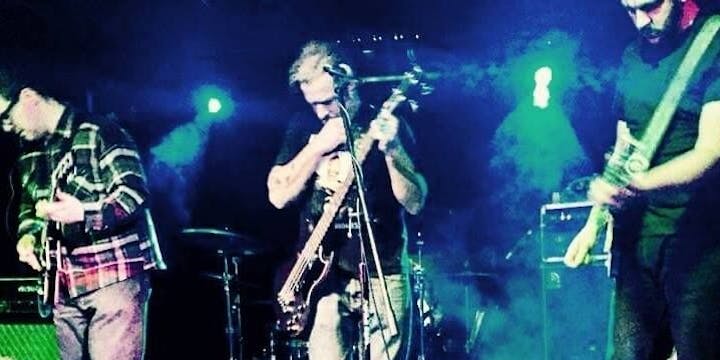 Sam Hill combines sludgy stoner heavy metal, and science-fiction set in cold lands, mixed with Yankee lore. Live performances are an experience for both band members and the audience as songs blend and tangle their way through each other. They aren’t just performing music but setting scenes.

Sometimes explosive, sometimes somber, the songs are all threaded together with consistent energy keeping the crowd engaged through curiosity. Yes heavy, but more. They are currently supporting their latest album “March to the Mountain” which was released in 2018 and recently named one of the best local releases of 2018 by NH Music Critic Chris Hislop.