Founded in Spring 2017, Melt has quickly risen in the New York City indie scene. This eight-piece collective mixes rock with elements of RnB and Funk, creating catchy, energetic, and new performances each time they’re together. In addition to their dynamic live shows, Melt’s distinctive songwriting style fuses killer hooks with rocking jam sections and landed the band a #5 spot on Spotify’s U.S. Viral 50 chart with their song, “Sour Candy.” Now, “Sour Candy” has over 2.5 million streams on Spotify. Melt has released two more singles since (“Inside” and “Oh Brother”) and plays venues and festivals across the country, including Southwest Invasion (Austin, TX), Pleasantville Music Festival, and the Rhode Island Music and Arts Festival. 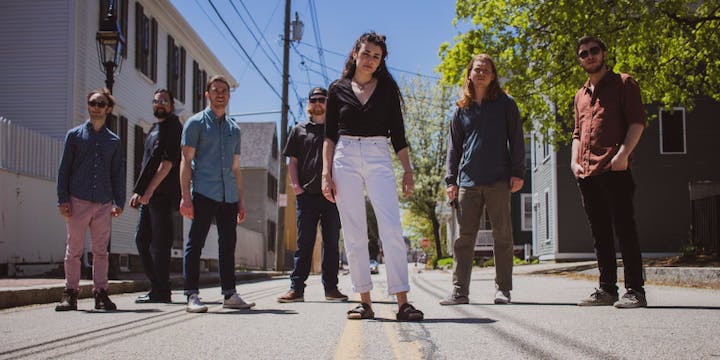 Soulation is a 7 piece soul-funk band hailing from the Seacoast of New Hampshire. Soulation’s sound is comprised of catchy melodies and relatable-modern lyrics that – paired with their high energy performances – bring each and every audience to its feet. Whether a long-time fan, or first-time listener, Soulation’s tunes appeal to just about any type of music listener. Their groove-oriented lineup is well rehearsed and diversified including a seasoned horn section, soulful male and female lead vocals, disciplined drum and bass pockets, and tight supporting harmonies, that are only further strengthened by their funky, heartfelt songwriting. Soulation is known for playing from the heart for the feet, so if you’re looking to move, you’ve come to the right place.