Born on a snowy Fat Tuesday night of 2012, the Soggy Po’ Boys have been honing their craft of New Orleans’ music in their Tuesday residency in their hometown of Dover, New Hampshire. The New Orleans flavored septet doesn’t just play their weekly gig and call it at that. No, they fit in more than a hundred shows every year, from festivals and concerts to politics-infused burlesque collaborations and street parades.

Part of the beauty of New Orleans music is that it’s celebrated and appreciated wherever it goes, from the street to the theater. The Po’ Boys are doing their part to spread the greatest music on earth around their home in New England and when touring, throughout the rest of the country. The Soggy Po’ Boys serve their jazz messy, mixing brass-fueled mayhem with spirituals, Meters-style old-school funk, and the Caribbean side of the New Orleans tradition. 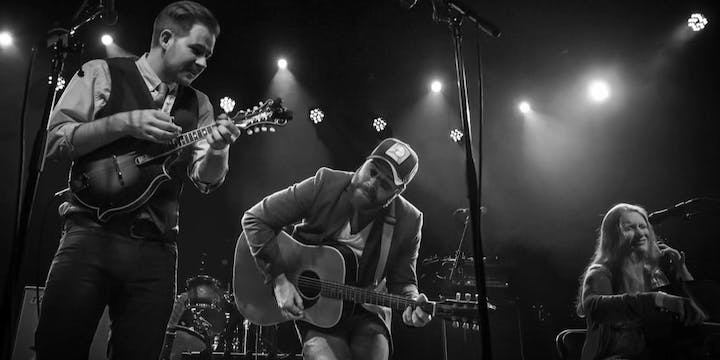