The Soul Rebels: Poetry In Motion Tour w/Kingdom & The Bulkheads

About The Soul Rebels

The Soul Rebels started with an idea – to expand upon the pop music they loved on the radio and the New Orleans brass tradition they grew up on. They took that tradition and blended funk and soul with elements of hip hop, jazz and rock all within a brass band context. The band has built a career around an eclectic live show that harnesses the power of horns and drums in a deep pocket funk party-like atmosphere. The Soul Rebels continue to chart new territory as they feature in major films, tour globally, and combine topnotch musicianship with songs that celebrate dancing, life, funk and soul.

Most recently The Soul Rebels released their new album, Poetry in Motion. The album puts the band front and center and showcase the wide breadth of musical genres and special collaborations that have come to identify the musically chameleon-like band. 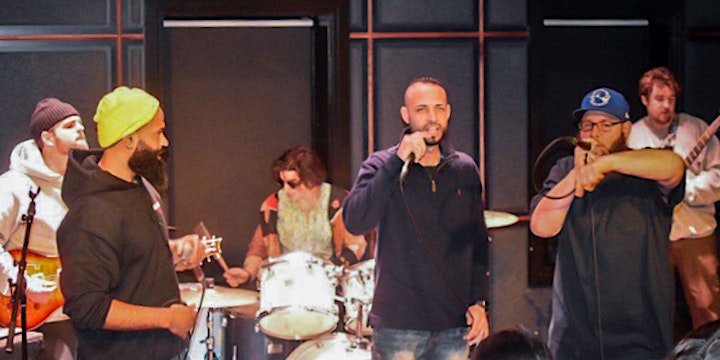 About Kingdom & The Bulkheads

Kingdom, the seacoast hip-hop civic group. Founded on a commonality of classic hip-hop and community love, they debuted at a self organized food drive for NH Food Bank and raised close to 800 pounds of food at 3S Art Space. The group consists of Joey Painter, TI – DOUB, and Jamal Cooley. Imagine rap in the early 90’s, and you have a sound represented by Kingdom. Recently they collaborated with The Bulkheads, a jazz-rock-soul from the seacoast, and took the entire live show to another level. Brian Hippern on guitar, Blake Jennings on bass and Andrew Morrissey on the drums and their love for hip-hop makes the match perfect. Classic hip-hop and live instrumentation, beautiful.