CANCELLATION NOTICE: Per order of the Portsmouth Department of Health, general business and all live performances have been suspended through April 7.

Please check the NEWS PAGE on our website for information and updates, including any changes in business operations, and the status of individual shows (including cancellations, rescheduled dates, and refunds). In the case of cancelled ticketed shows, refunds will be issued no later than the date of the performance (though they may take up to 48 hours to process).

Imagine if Black Sabbath bumped into Deep Purple at a Magic Tournament and they decided to bring a whole crate of comic books to Thin Lizzy’s sleazy 70’s pool party. This is Wizzardess: A wellspring of brutality fronted by the twin lead guitar and vocals of Stu Dias and Jon McCormack, underpinned by the thunder of Mike Klempa’s bass and Rick Habib’s drums and shrouded in the black wings of great Odin’s ravens. 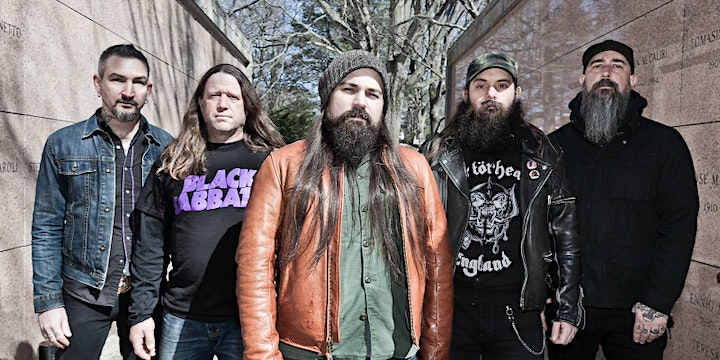 Formed in 2006 from the ashes of several of Boston’s stoner rock and punk n’ roll institutions, including Fast Actin’ Fuses and Sin City Chainsaw, Cortez has taken everything good from their old bands and made them bigger, louder, and heavier than ever before.